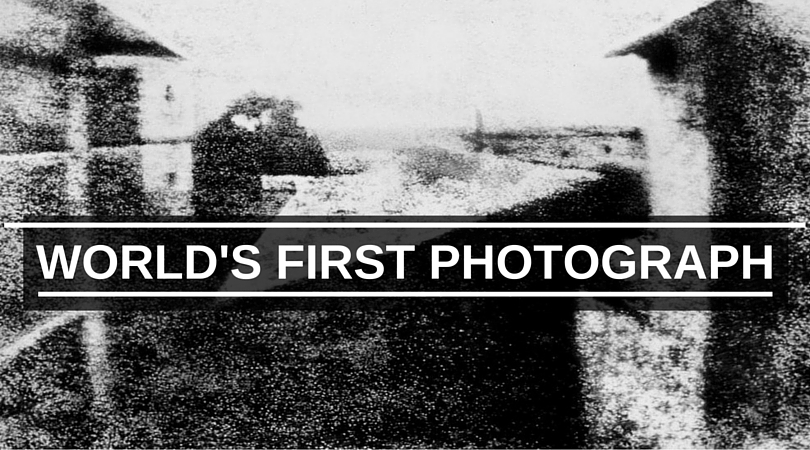 Photography is the most actively and enthusiastically carried out hobby round the world.  The photography is one of the most widely followed professions too! Well, the camera, a photographer and film development is all we know as the signs of photography. We had a lot of discussions about the art work and examples of this and that type of photography! But, do you know from where it all started? Let’s have a look at the history of the photography.

The history of photography relates the camera work that find its roots back in the year of 1790 when a person named, Thomas Wedgwood took a first permanent photograph.  The term Photography was derived from the Greek words that meant, drawing with light. Sir John Herschel has been crowned as the inventor of the word “Photography”.

Hércules Florence further tried to elaborate the concept of photography by doing some secrete studies.  Hércules Florence couldn’t get an international fame as he never published his research. Basically the photography is nothing but just a process to copy a view on a canvas or paper. The present photography is a result of combination of several studies and techniques.

The first camera on records is known to be the pin whole camera and was invented by, Aristotle and Euclid along with Mo Ti in around 5th -4th century. Furthermore studies were conducted in order to get a better variant of the camera. In the earlier years the cameras were only capable of taking monochrome pictures.

Though there were some developments that were able to produce color output but the result lasted for some hours only. The permanent color photography in its modern variant was introduced in around 1935.  The special film launched in this year was capable of capturing color pictures at a fast rate.

Just after these developments, the digital photography techniques were on the list. The digital photography techniques were developed at a very fast pace and of course, this led to an elimination of the traditional film role concept. The CCD (Charge Coupled Device) made everything compact. Now days, a paper-thick camera can produce magnificent results.

Also see: Echoes of War: A blend of history and present